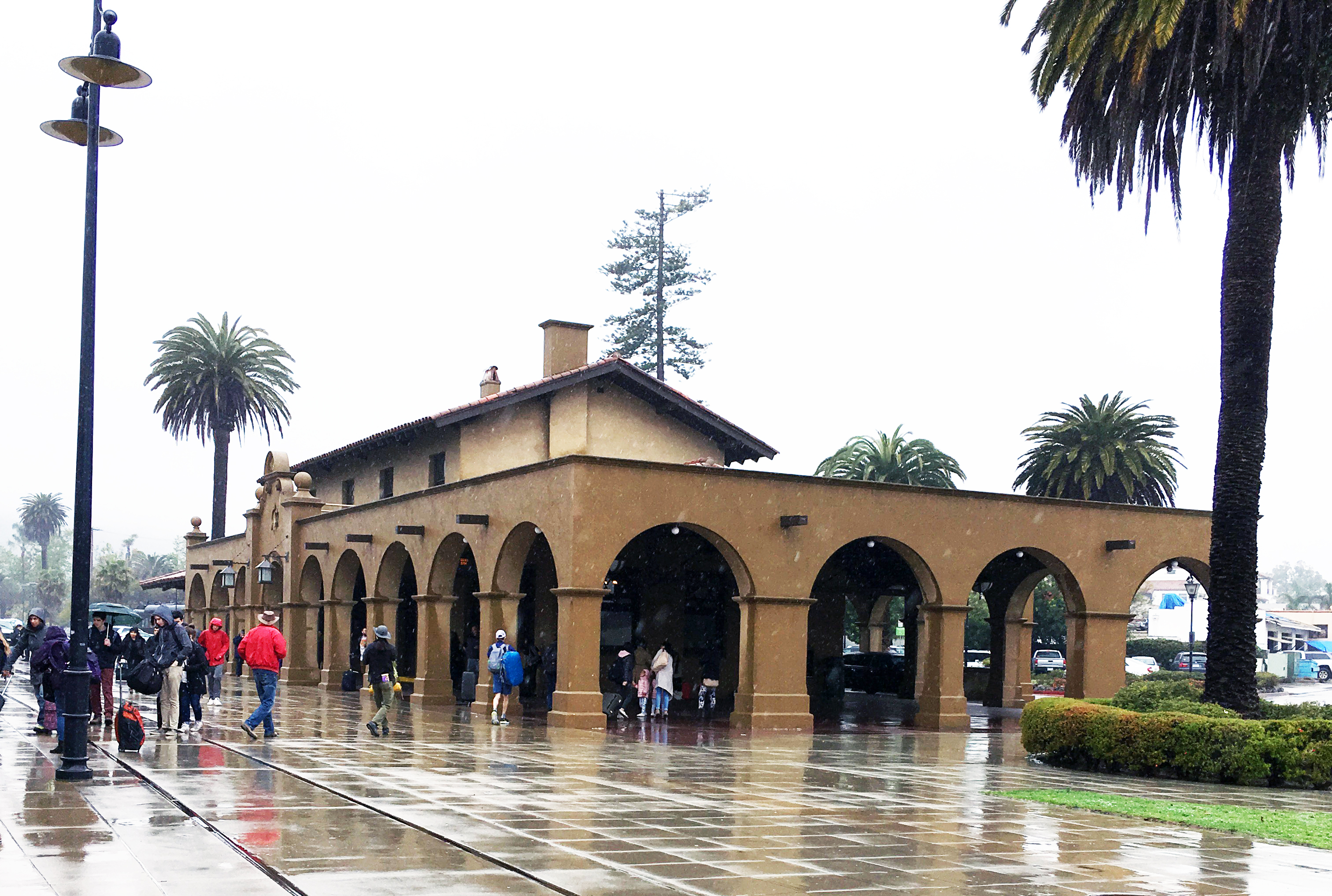 Riding on the Coast Starlight from San Diego to Portland is a sight to behold. If only it hadn’t rained for most of the first day. The train hugs the southern CA coast. Doesn’t go quite as high as Highway One just south of Carmel and Monterey but the vista is fabulous if you’re sitting on the west side of the train as you head north.

I found Alice just as she boarded the train just south of LA in Santa Ana. She’s a commuter taking her 4 times a week trip into the city where she transfers to a small subway line to take her to her job in commercial real estate.

As usual, I asked a lot of questions even though it was about a quarter to 8. We passed Anaheim, saw where the Angels play then made our way north through the City of Industry. I had never seen that part of LA.

I don’t have any way to contact her but I sure hope that by now she’s heard Steely Dan’s “Babylon Sisters” where the Santa Ana winds come again.

Are you there Alice?

This sophomore from Cal Poly (California Polytechnic State University) was picked up during my stop in San Luis Obispo, referred to as “SLO” by the locals. He is studying engineering and we entertained each for about 4 or 5 hours as he made his way to SanJose during spring break to see his family.

Had he ever heard the song, “Do You Know The Way to San Jose” by Burt Bacharach, made famous by Dionne Warwick?

I knew the answer before he could say it.

I gave him strict instructions that he was to ask his Father to play it for him when he got home.

The meaning of some songs changed for me during the trip. I hear Emmylou Harris doing “I’ll Be Your San Antone Rose” very differently now that I have been to San Antonio.

1 thought on “The Two Californians”