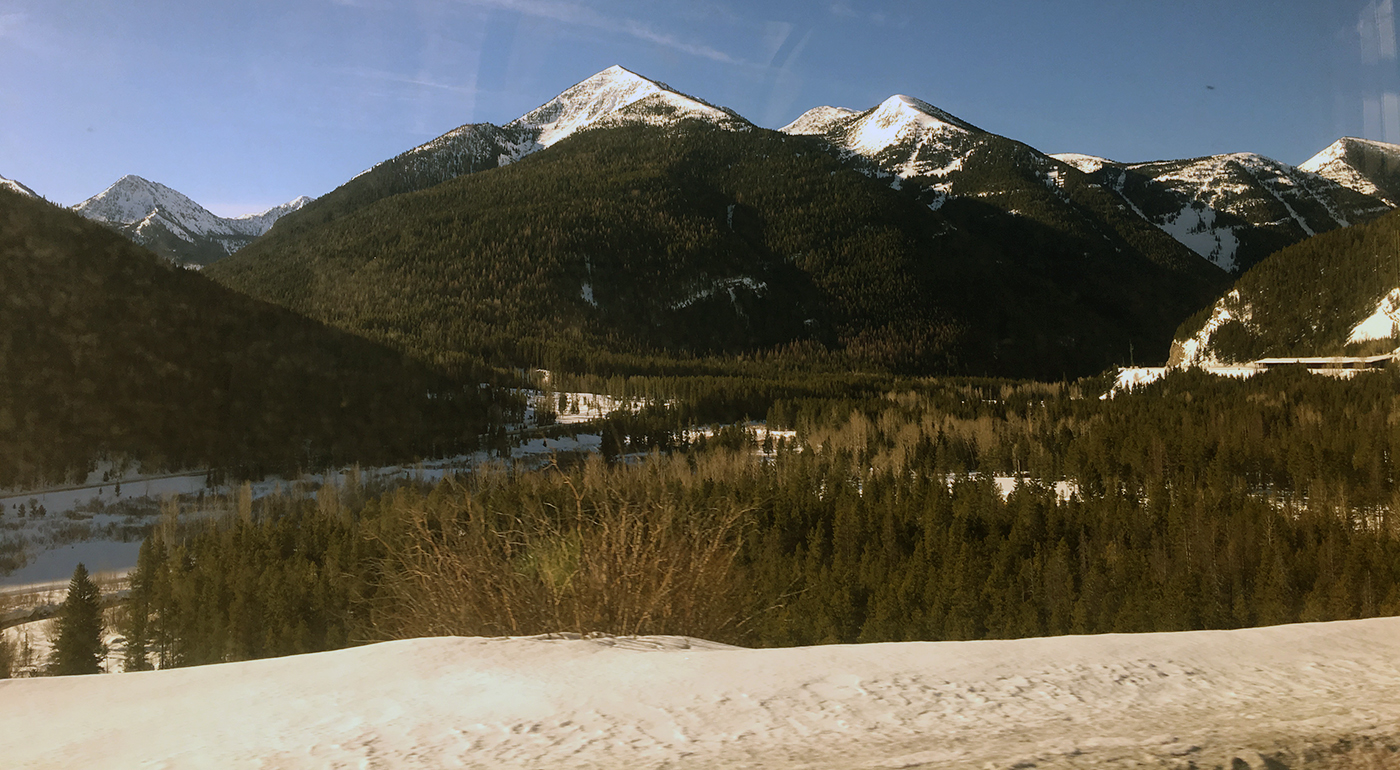 On Saturday, March 24 at 4:45 P PDT I’m waiting to board the Empire Builder to take me (and two nights) to Chicago. An angel descends upon the Portland Union Station. How fortunate I was to meet her.

With just 15 minutes before boarding, and much like how I met Adriana, Sheila and I begin talking. She tells me she’s on her way to Williston, ND to spend a week with her 2 sons and her grand kiddos. I give her my usual story of being an American hobo and that I was on this self-indulgent circle around the country. Right away I know I met my traveling companion and that she should have a few good stories that might entertain me.

A Few Good Stories? Are You Kidding?

Not long after boarding and getting our seats she tells me that she had her first child at 14. I thought she was joking. How could this be?

I ask what happened to her husband. She gives a look and says, “14 year olds don’t get married.” I was about to get educated.

Turns out he was 28 and went to jail for a year. After his release, he committed suicide. You can’t make this up.

And what about Sheila? What was her life like in central Oregon?

As a child with her brother and 2 sisters she as abused terribly by her Mother. I thought of Tanya Hardin’s Mother who I had come to know by way of the movie, “I, Tanya.” Except much worse. Sheila describes her intolerable living conditions moving from one bad situation to the next. Living in squalor, not having enough to eat or in dirty clothes Sheila, as a little girl, figured it out taking the lead to raise her younger sibs.

I explain it to her. “When you were growing up you figured that whatever your Mother did, you’ll do the opposite.” A role model in reverse. She seems to agree.

Somehow, she meets (I think it was in Church) Dave, her husband of 30 years. They have 2 sons and settle down in Bend, Oregon. For a time they own a Pizza storefront which became a Pizza And Panini joint. Over time that morphed into a mobile restaurant which serves central Oregon.

Hours into our ride I ask, “What about your Father? Where is he?”

Years ago he began to cross dress. Eventually he becomes trans gender and then transsexual (or did I get that wrong?). He has a sex change operation, falls in love with someone who has taken the same journey in life and marries. Both are very intelligent. So much so that Sheila’s Father’s spouse was to be fired from her job working high end with computers but could not be because she could not be replaced.

These are the pillars of Sheila’s life and what got her to where she is today. As a Seventh-Day Adventist Sheila pays close attention to her health and what she eats. I discover she does not eat “dirty meat” meaning no pork. This gets me thinking she’s a little Kosher. We start comparing the dietary laws of the Orthodox Jew and find similarities. But not just that. Seventh-day Adventists observe Saturday as the holy day of rest that starts on the Friday sundown and ends at sundown.

This is starting to sound familiar.

I discover that she teaches 10 kids in a mixed grade “Church school” that has a total of 33 children that goes up to High School. You have to believe that Sheila is a great teacher. I sure learned from her.

Her family is the other pillar. Her husband, 3 sons and 4 1/2 grand kiddos are what matter to her and what she dedicates her life to as well as being a teacher. There is something so solid, so settling about her that you just feel right being in her presence.

I saved this story for last for I will long remember her. When we said goodbye we realized we probably won’t see each other again but that’s ok.

The other day she texted to say she and Dave are thinking of coming to New York next summer.