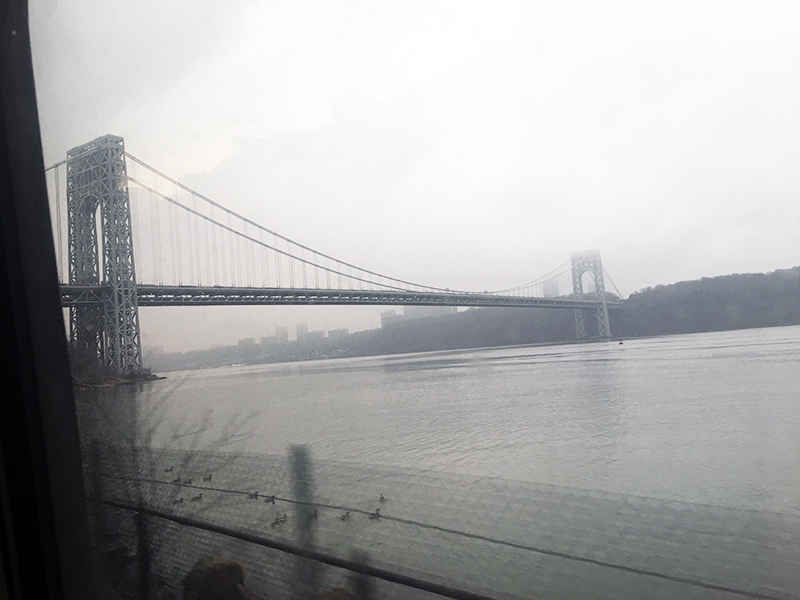 I’ll be answering that question for some time to come. What I didn’t learn is that the American people are open, kind, generous and willing to tell their stories of their lives and the places they come from. I didn’t have to spend 10 nights in hotels and 8 nights sleeping coach on Amtrak to figure that out.

But it was experiencing all of that – feeling what I did – that may have changed my life. I will never forget the people – it was the people more than the places – that made the trip – who guided me along. Whether it was Perry, Adriana, Sheila and Bill (more on these last 2 soon) or the many people along the way with whom I had 10 minute chats – I felt something good from all of them.

While I spent two nights in New Orleans, Austin, San Diego, Portland and Chicago traveling 19 states in 19 days, it was the people – not so much the places – I met who made the trip for me.

We Have Beautiful Train Stations

With the exception of the decapitated rat maze known as New York Penn Station most of the train stations in America are pretty nice if not out right beautiful. The surprising entry is New Orleans’s Union Passenger Terminal which features a huge, column free waiting area that was marble (or faux marble) clad.

This photo doesn’t do it right.  It looked a lot better in the 8:30 AM sunlight.

I’ll have more to say about Amtrak and the stations in an upcoming post.

Blogging On The Run Wasn’t Really For Me

Once I left San Diego and had reached the 1/2 point of my trip I stopped blogging and decide to wait till I got back. It was too much trouble to set things up on the train and besides, staying connected to the net was more than challenging. There were a lot of dead spots in remote parts of Texas, Montana and North Dakota (2 Dakotas are not necessary as far as I can tell) where cellular service is still an idea and not a reality.

The Things I Did Right

And The Things I Did Wrong

You have no idea just what a mess we have made in too many places – cities and their outskirts – with all the junk we have created for our 242 years. I saw so much clutter of broken and useless stuff – rusted automobiles, abandoned refrigerators, dead microwaves and useless farm equipment for miles and miles. Evidence of a fading Industrial Age is every where. It didn’t seem to matter where I was. I was shocked at how people live with and within the messes they have made.

Now that I am back and in the next few days and weeks I will write more before I forget some of the fine details of what I just experienced.

I’ll be sharing my pictures, videos and stories as I tell you what I saw and experienced.